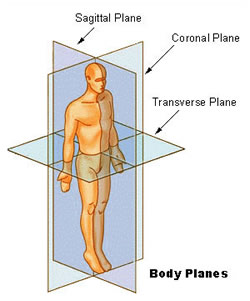 Are you a runner that has dealt with your share of iliotibial (IT) band or knee problems? Are you a new or veteran runner who would like to avoid those problems? Evidence suggests that many of these problems can be overcome by addressing a key weakness that numerous runners exhibit: weak hips.*

Running is an activity that takes place primarily in the sagittal plane—meaning that movement occurs forwards and backwards. We rely on flexors and extensors such as the hamstrings and quadriceps as primary movers to propel us through the sagittal plane toward the finish line. Yet a key element of good running form involves the muscles that operate in the frontal (coronal) plane—namely, the hip abductors (gluteus medius, gluteus minimus) and the hip external rotators. These muscles act as important stabilizers vital to supporting our forward movement.

Here’s a simple test to check the strength of your hip abductors. Stand on one leg and note what happens to your hip opposite your planted leg. Does it have a tendency to drop? Or, do you lean your upper body to the side of your planted leg (which might raise your opposite hip)? If do you either of these, the hip stabilizers on the side of the planted leg are weak or not firing. 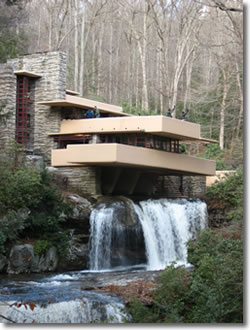 This is because when your right leg, for example, is raised with your left foot planted on the ground, your right hip is projected over to that side of the body without any support directly beneath it. Like a deck cantilevered over a river (think Frank Lloyd Wright’s “Fallingwater”), support must come from the non-cantilevered side. In the case of your hips, the support comes from the stabilizing muscles in your stance leg—notably, the gluteus medius and gluteus minimus.

As we run forward through the sagittal plane, we are effectively alternating between single leg stances—left leg, right leg, left leg, right leg—mile after mile, day after day, week after week, year after year. Without strong hip abductors, the opposite hip drops and increases the forces on the IT band and knee of the stance leg. If you put in enough miles while running like this, overuse injuries will eventually result. This is why good running is more than just an aesthetic nicety. It is an important component of injury prevention—not to mention that good form leads to improved efficiency, which translates into faster times with less work (“free speed”).

Note the runner in the photo below. As he plants his left leg, his right hip drops. This means the left hip abductors might be generally weak or not firing as effectively as they could be.

As any runner knows, towards the end of a race everything starts to fatigue. The trick is to build adequate strength and neural patterns so that once the fatigue starts to set in, the hip stabilizers can continue doing what they should be doing to maintain form.

Since it is quite common for many runners to have weaker hip abductors than adductors, it is important to address this strength imbalance through the addition of core exercises that target the gluteus medius and minimus, such as side leg raises.

In addition, running drills that target movement in the frontal (coronal) plane are important elements of a comprehensive running program. This includes side skips and (high knee) carioca drills.

Finally, even if one has strong hip abductors, they are no good if they do not fire when needed. When skeletal muscles are used, there is both a neural component and a muscular component. The nervous system has to first send signals to the skeletal muscle to initiate the contraction. You can “wake up” this communication line by performing some simple neuromuscular activation before runs. And then reinforce the pattern through the drills mentioned above.

And if you want some bonus training, ditch that chair and stand when you’re at your desk—one leg at a time, alternating sides. Or if you’re not quite ready to give up the chair, practice single leg balance drills throughout the day during regular activities, such as brushing your teeth or standing in line at the store. Just be sure to keep your hips level as you practice your single leg stances (no dropping and no cheating by leaning your trunk to the side of the planted leg!).