Let’s face it, you would run regardless of the scientific evidence about its health benefits. You thrive off the endorphins and sweat that a good run produces. Plus, you run to explore the world and your personal limits. The thrill of competition. The camaraderie of a group workout. The solitude of a long trail run. Regardless of your motivation, running has become an integral part of your life. You do it for many reasons, but here’s another one to add to the list: it’s good for your mind.

In Psychology Today, David DiSalvo surveys some of the recent studies that suggest “Why Running is Incredible Medicine for your Brain.” Running benefits brain health by spawning new brain cells—a process called “neurogenesis.” Scientists are still trying to work out the reason why, but the additional brain cells can be advantageous for memory and countering depression.

In New York Magazine, Melissa Dahl elaborates on these benefits as she discusses “How Neuroscientists Explain the Mind-Clearing Magic of Running.” Not only can running positively impact mood, but she also emphasizes the way running produces clarity of mind. Have you ever daydreamed your way through a long run and finished feeling mentally refreshed? This is the type of mind-clearing magic Dahl has in mind. 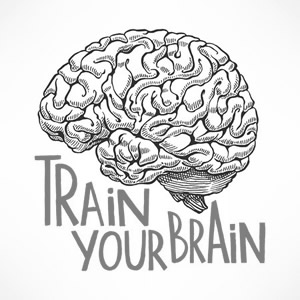 But is it just running or can other forms of exercise have these effects? This is the question New York Times wellness writer Gretchen Reynolds explores in “Which Type of Exercise Is Best for the Brain?” As the title suggests, she reviews work done by researchers at the University of Jyvaskyla in Finland that compares the impact of different exercise activities on brain health. The research—which appears in the Journal of Physiology—compares long-distance running with weight training and high-intensity interval training (HIIT). All three of the activities resulted in neurogenesis, or the creation of new brain cells; but to differing degrees. Out of these different types of exercise, running produced the best results. The scientist that led the study, Dr. Miriam Nokia, suggests “that distance running stimulates the release of a particular substance in the brain known as brain-derived neurotrophic factor.” This factor, referred to by the acronym BDNF, regulates neurogenesis. The amount of neurogenesis also seems to correlate with the amount of running one does. So, it seems you may be able to grow a few more brain cells along with those extra miles.

But what is it about running that leads to neurogenesis? In another New York Times article—“Can Running Make You Smarter?”—Gretchen Reynolds reviews research in the journal Cell Metabolism that attempts to tease out which substances produced in muscles during exercise contribute to brain health. The basic idea is that exercising muscles produce a variety of substances that move into the bloodstream and make their way to the brain. But before researchers at the National Institutes of Health (NIH) conducted a study, nobody knew which of those substances might contribute to brain health. The research identified a protein called cathepsin B as an important contributor. One of the functions of this protein is to help sore muscles recover after demanding workouts. But the study suggests that it also positively impacts the brain. “The lesson of these experiments is that our brains appear to function better when they are awash in cathepsin B and we make more cathepsin B when we exercise, says Henriette van Praag, an investigator at the National Institute on Aging at the NIH who oversaw this study.”

Of course, runners don’t need scientific studies to tell them that they feel better after a run and that it positively impacts their mood and creativity. But it’s always nice to have another reason to explain your addiction to those around you.